Self Defense is a RIGHT! NOT A PRIVILEGE!

Let us never forget the brave Black Panthers that stood by their rights in the 1960s; staunchly opposing oppressive/fascist/nazi/communist police brutality and the Mulford Act, a gun control bill signed by Ronald Wilson 'the actor' Reagan and supported by the NRA to disarm them in 1968.

This is MY 3rd Party Independent Platform on the 2nd Amendment: (For STARTS!)

(1) The RIGHT to Bare Arms #2ndAmendment ANY & ALL WEAPONS, we call for REPEAL of the Mulford Act in California, repeal the Gun Control Act of 1968 which the NRA supported @ that time! (Frauds!)

(3) Reverse the ban of the Bumper Stocks

(4) That the President of the United States uses the U.S. Marshals & the United States Police Department (Homeland Security, ATF, etc. which BTW I call for to; since everyone wants a Federal Police Department that it would be united which would reduce the red tape thus saving tax dollars without reducing manpower.) and they arrest Law Enforcement Officers on State, County & Local Levels as well as Politicians, Hollywood Actors, etc. for Capital Crimes, denying the 2nd Amendment Rights that they get Capital Punishment via the firing squad! This will end the harassment of law abiding citizens!

(5) The end of using "Mental Health" as an excuse to deny rights, It is used as a political tool & for scumbags who want to deny gun rights! Remember if you have seen my website, Thomas Trauger, General Manager/Administrator of Valley Manor Nursing Home in Coopersburg, PA in retaliation for not going with his chosen physicians and getting rid of my doctors as well as reporting his abuse and threats to me was going to use hired Psychologist Robert to start the plan to take my gun rights away! (6) Too many to list here, but the complete reversal of all Presidential Executive Orders involving "Gun Control"! 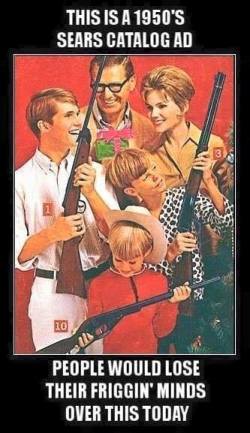 The Second Amendment of the Bill of Rights was adopted on December 15, 1791.

"A well regulated Militia, being necessary to the security of a free State, the right of the people to keep and bear Arms, SHALL NOT be infringed!"

Jews for the Preservation of Firearms Ownership

Citizens Committee for the Right to Keep and Bear Arms 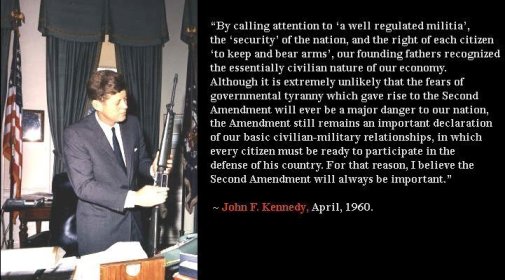 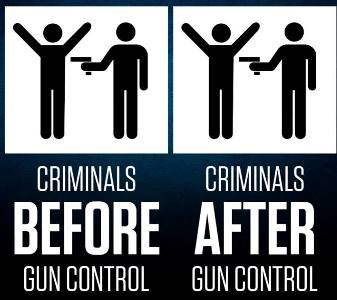 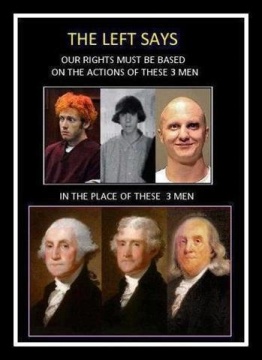 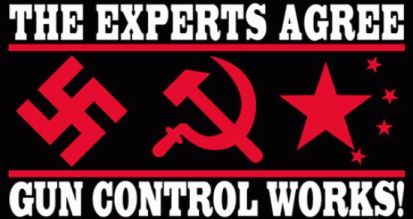 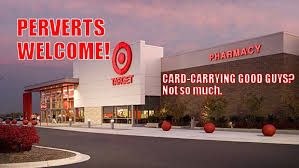 1. Target Retail Stores, which I call for a BOYCOTT: The Blaze reported on July 2, 2014 that basically wanted customers to "keep their guns home - even in open carry towns". Target is more worried about "which restroom" to use than an American's RIGHT to defend themselves!

Keep this in mind (do the research!) - In 2004, Target announced a new corporate policy that banned Salvation Army collection kettles from its storefronts! In April 2007, Two United States Marines said they were kicked out of a Target store in Virginia by a shift manager who they say falsely accused the uniform-wearing pair of recruiting. What an abomination to those who be their own FREE WILL serve our nation! And of course; April 2016 Target made national drama by "the bathroom issue" which I may cover another time since I want to keep the context of Gun Rights here!

Don't be surprised that Target files for Bankruptcy in 2018 or beyond as there are boycotts of the chain store due to these issues!! 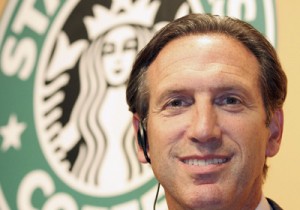 2. Starbucks Coffee, which I call for a BOYCOTT: On September 18, 2013 Starbucks CEO "Rice Fuhrer/Comrade" Howard Schultz (photo above) Tells Customers To Leave Guns At Home. This Nazi-Pinko's Coffee is well, quite frankly, (yours truly being a former Restaurant Manager), a GRADE of "F---"! 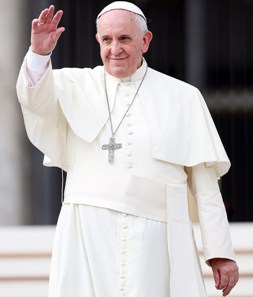 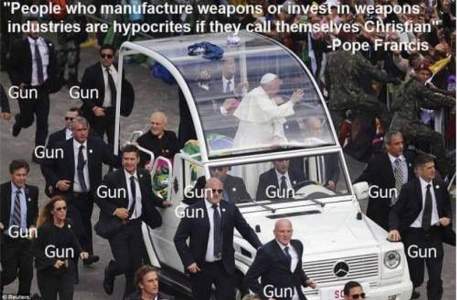 3. papa anticristo himself, known as the "pope", "holy father", etc., of the Roman Catholic Church, which is responsible of murdering millions of those who opposed them or were of different faiths (Anyone remember how the papacy beheaded "Ana-Baptists" during the Middle Ages?!)
(And do NOT forget ALL the boys that "priests/men with reverse collars" have RAPED in their history!)
This current religious dictator made the comment "you own a gun or a gun manufacturer you are not a Christian". In other words, papa anticristo does not want you to defend yourself against a tyrannical church with Jesuits, etc. who has murdered their enemies and those who want freedom. Anyone remember John Hus, William Tyndale?
Ah! papa anticristo then being "the head" of the "church" should lead by example and dismiss/disband his security force who has all kinds of firearms and walk around with no guns! 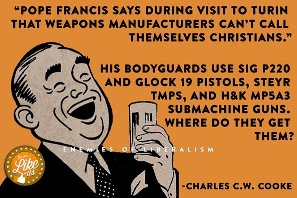 If you claim to represent Yeshua Messiah (The Lord Jesus Christ) on earth, why did Yeshua say this? From Luke 22:35-38 King James Version (KJV)

35 And he said unto them, When I sent you without purse, and scrip, and shoes, lacked ye any thing? And they said, Nothing.
36 Then said he unto them, But now, he that hath a purse, let him take it, and likewise his scrip: and he that hath no sword, let him sell his garment, and buy one.
37 For I say unto you, that this that is written must yet be accomplished in me, And he was reckoned among the transgressors: for the things concerning me have an end.
38 And they said, Lord, behold, here are two swords. And he said unto them, It is enough.

That includes YOU, papa anticristo!

I can and do plan a whole page on the evils of Roman Catholicism! Check back often! 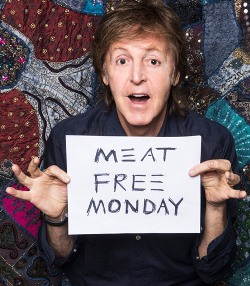 4. Paul McCartney. Well well, once again the former Beatle, is at it again with his Satanic attack on the American! First if you seen my section "Low Carb is a RIGHT" you'll see the dirtbag wants you to not eat meat on Mondays and now he wants Americans disarmed! If we had a REAL President in the United States McCartney would never be allowed in the country and if I was President, I would have him on a special Anti-American watch list! 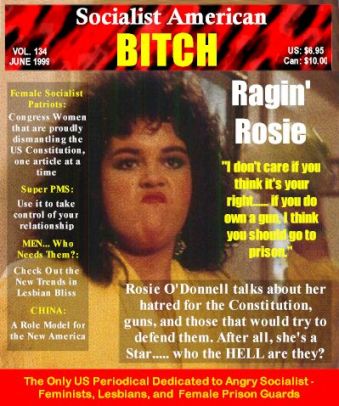 5. Rosie O'Donnell. Remember in 1999 she told Tom Selleck that only the police and military should have guns? This FAT Left Wing Nazi-Fascist-Communist Lesbian PERVERT is more of threat to me and my freedoms and liberties then ISIS/ISIL, Al Qaeda, Hamas, Hezbollah, etc. ALL PUT TOGETHER ZILLIONS OF TIMES OVER! The pictures are PRICESLESS in describing fat Rosie! Rosie, SPOONS MAKE YOU FAT! 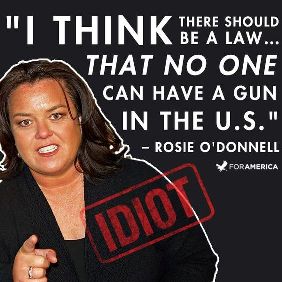 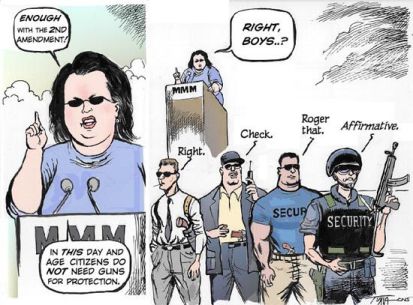 6. Michael Bloomberg. Comrade Rice Fuhrer Michael "Mike" Rubens Bloomberg. Unless you, like Rip Van Winkle have been sleeping for decades know that this Left Wing Fascist-Nazi-Communist-New World Order-Elitist SCUM and SPAWN OF SATAN has been on record calling for the abolishment of the 2nd Amendment and only Police & Military should own guns! 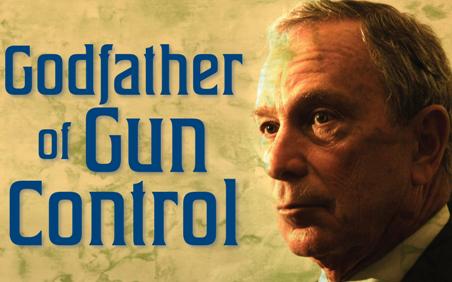 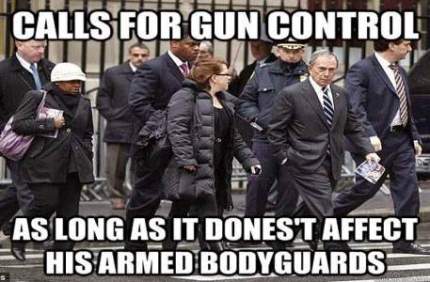 7. Jill Stein, 2016 (and 2012) Green Party Presidential Candidate. The physician and former candidate for Governor of Massachusetts in 2002 and 2010 is more worried about laws restricting our RIGHT to carry and bare arms, end the 2nd Amendment than doing her job as a Doctor and supposedly promoting alternative energies! I put Dr. Stein on par with the dirtbag Nazi-Fascist-Communist Anti-Gun Rice Fuhrer/Comrade Michael Bloomberg! 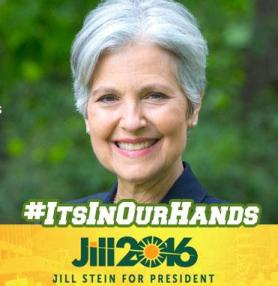 8. William (Bill) Weld, 2016 Libertarian Party Vice Presidential Candidate. Remember what I said about "pseudo libertarians" and how the Libertarian Party has been hijacked by the Republicans! As you see here and in my BLOG on the Libertarian and Green Parties, I am right! The former Massachusetts Governor (REPUBLICAN!) as the New York Times reported IN 1990 proposed some of the most stringent gun control laws in the country! weld has NOT repented of this at all! He talks a good story, but actions speak LOUDER than words! Weld has supported the BRADY BILL! Yes America, the Libertarian Party is no longer "the party of principle" but the party of REPUBLICAN SELL OUT! 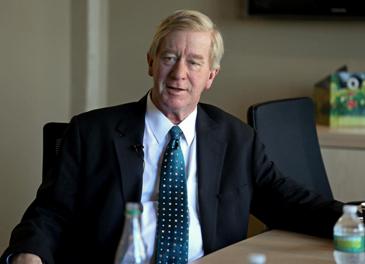 I will add more Nazi-Fascist-Commie Scum Bags who are Anti 2nd Amendment as I feel the need, but for now, here is where you can click for businesses to BOYCOTT who are Anti Gun!

Don't Check Your Gun Rights At Their Door 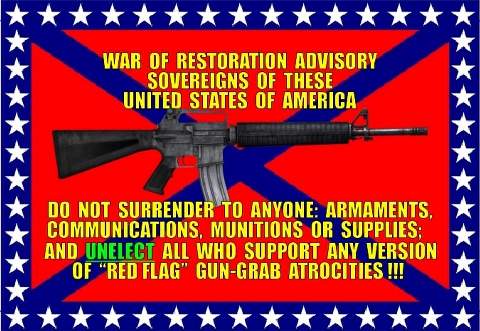